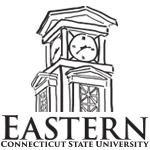 Dr. Balcerski was featured on the C-SPAN series "Lectures in History" for his work on antebellum political culture.

“Beards, Bachelors, and Brides: The Surprisingly Spicy Politics of the Presidential Election of 1856,” Common-place: The Journal of Early American Life 16, no. 4 (Summer 2016)